Flavor of the Week: The Hamptons

Just the name brings back pings of luxury and memories of the endless struggle of keeping your hair as tame as possible when going out at night.  What once was a place of family fun and average-income couples who drink beer on their motel porches until 2 a.m. has now become a harboring for hipsters and young, wealthy 20-somethings alike. I’m out here for a week, but if I see a table of guys wearing cuffed jeans and tight yellow cutoffs while I’m eating my egg white omelet one more time, I might have to leave. And you know me—it is a rare occasion when I let an egg white omelet go unfinished.

The Hamptons are really dreamy, and I say that in all seriousness. You drive out of the city along this thin strip of highway for a couple of hours until you get to a totally isolated but glamorous beach community full of the young, the beautiful, and the wealthy. 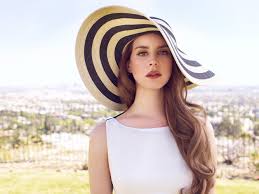 There is a certain stigma about going “to the Hamptons.” Like:

“I’m going to be in the Hamptons next week.”

“You’re going to be in the Hamptons?! Same! Let’s totally get together for lunch one day.”

This is all fab, except a) these two people are blind to the fact that one of them is probably going to Quogue or Westhampton, both of which are 100,000 miles from every other Hampton (put it this way—Cady Heron is to Westhampton as Regina George is to East Hampton) hence the fact that “getting lunch” would actually be way more convenient at home in Westchester, and b) this conversation was 60% actual interest in making plans and 40% an ego boost so that each person could say out loud that she is going to the Hamptons. Scratch that—make it 50/50.

The Hamptons are respected by all, including the rich and famous, and especially by Kanye West. He gives a pretty nice shout out in Yeezus’ “New Slaves”…

…so that’s all really appropriate, censored, and lovely. As you can tell from Yeezus himself, the Hamptons are all about good ol’ fashioned family fun. Good stuff.

On What’s in a Name

I have decided that the second most important day in my life will be the day that I decide what to name my children. The first, most important day of my life will be the day I attend a party at Jay Gatsby’s house or smoke with yo gurl Miley. I must admit that I practically have chosen my future children’s names already. I mean, if we’re being real, hasn’t everyone?? But unfortunately, it really doesn’t count because I haven’t yet pretended to care what my husband’s say in the matter is.

Of the the trendiest activities is baby-naming. It’s like going to effing SoulCycle. Nowadays, having a good name is just as important as carrying around an Herve Chapelier tote in the seventh grade. When I was born, my name was the number seven most popular name, according to a random government website. Palindromes were so the thing. In pre-school, there was another girl named “Hannah.” Because I always wanted to start with my trendiest foot forward, I had everybody call me “Hannah Dylan,” incorporating my chic middle name into the mix.

I couldn’t tell you what the most popular baby name is today because the government people haven’t updated their website in literally years, and Snowden hasn’t released anything on the topic onto WikiLeaks yet (ugh, right?) but if I could take a guess it might be Ali, especially after the recent rise of psychos inspired by Pretty Little Liars. Also because I feel like everyone is named Ali and that’s a very wild guess.

I would like to take the time to go through the do’s and don’t’s of recent celeb baby names. Because trust me, whether you’re thirty-something or just a hopeless 13-year-old auditioning for Teen Mom, you’ll thank me.

Gwyen—what are you thinking girl? Your daughter’s name reminds me of putting on my Victoria’s Secret lip gloss in the synagogue bathroom during Rosh Hashana. Yet something inside of me loves it.

Nic—I wish you were my mother. I hope you enjoy breast feeding Harlow and Sparrow in the middle of an ever-growing wheat field.

Are we in the middle of Ethiopia? Didn’t think so. But next time we are, I’ll be sure to name my kid Boulder Stream Ocean Sanctuary Pelican Algae Savannah.

I don’t get it Ash. Nic got away with marrying a punk rocker but didn’t f- up the names. Why, babe? Why?

She wins, hands down. However, I still cannot get over the fact that Lizzie McGuire’s uterus is mature enough to develop a human being.

As for me? I must have a Lila. I like Noa for a girl. And Gus. Is that pushing it? Fine. Then I’ll just go with East, even though that’s definitely not Jewish enough.

Life is full of a million tiny moments, and when one tiny moment transitions into another, change happens. Basically every second we are awake, or even when we are asleep, something is different than what it was before: your heart makes a new beat, your mind drifts into new, uncharted waters, you feel something you’ve never felt before. And when all of these changes occur simultaneously, you become a kid trapped on a roller coaster when you really don’t like roller coasters at all.

One of the funniest things about change is how much, or how little, we control it. Just when you think you have the reigns, you don’t, and a situation catapults out of control. Just when you make something delicate into something perfect, it breaks. Naturally, of course, it has to.

Why has changed evolved into this concept that almost everyone is afraid of? I’ve heard so many people say, “Oh, I don’t do change well.” My mom always tells me that my dad is “afraid of change.” Change can certainly be good, because before something good turns into something bad, something bad must have turned into that something good. But I guess we just hone in on the negativity because as humans, that is what we are programmed to do.

I always thought that I couldn’t cope with change. My first year of middle school, I was an absolute wreck and a 95-pound ball of anxiety. My freshman year of high school, my anxiety creeped back upon me like a skeleton with long, bony fingers (basically Nicole Richie circa 2006). So, as I’m now the bony skeleton creeping upon another new part of my life, I can’t help but wonder just how much change will destroy me over the next year.

This is not OK on so many levels.

So far, it’s been interesting. I’ve learned a lot because I’ve messed up a lot. Then again, my recent mess ups brought me to some of my most balanced moments. I can’t help but wonder–am I just endlessly screwing up to beat change to the punch? When I think about these mistakes I’ve made, I don’t feel regret. I just feel like I’ve made a mistake. Does that make me a horrible person? If each of us could apologize to every person we’ve ever hurt, then I think that we would. But that couldn’t work for a couple of reasons–no matter how much we say or do, we can never really go back and change what happened. Gatsby can say that the past is repeatable as many times as he wants, and perhaps he’s right. We can repeat the past with our tortured emotions and our aching hearts. But, ultimately, we’re just going to end up back in the present. Changes happens, yes. And so does reality.

I guess if you have enough money, you can do anything. So sure, you can repeat the past, whatever.

After all that’s happened in the past two months–some mistakes made by yours truly, some mistakes made by immature boys who think it’s OK to tell a lady to “go f— yourself”–I understand that life isn’t always a box of chocolates. It’s more like a fortune cookie. It’s always pretty sweet on the outside. But often, what’s inside can disappoint you. It can also pleasantly surprise you.

Here is my life at the moment in three fortune cookies:

#1 would be a fortune cookie that you crack open, but find no fortune. This cookie offered me nothing, and instead, chose to disappear. In the end, it will be this fortune’s loss and not mine. Because if you run away, no one gets your message, and you’ve accomplished nothing.

#2 would be a fortune that makes me feel like a total asshole. “Stop shopping too much, there are naked children in Bangladesh,” “You are a selfish whore,” “Go sit in the corner and think about what you did. –Taylor Swift,” etc.

#3 would be a good fortune. It doesn’t even necessarily have to compliment me, but it would make me think about myself. Some of my favorite fortunes I’ve ever gotten that remind me of this one include, “I learn by going where I have to go,” “Your life is like a kaleidoscope,” and “A kiss makes the heart young and wipe out the years.” And that grammatical error could not be more suitable for this fortune–I love it every second anyway.

Today I feel different. Two days ago, I spent a lot of time sleeping. I napped from 12-5pm and then got back in bed at 8pm, only to get up at 10am the next morning. I cried a little, of course. But today, I feel different. So right now, I like change, because it brought me here.

Flavor of the Week: The Great Gatsby Soundtrack

Recently, I have gone through two musical phases. In last Sunday’s post, I mentioned how I could not get out of bed because I was glued to the new JT album and pretended that I was the star of the “Mirrors” music video and acted out the entire song for a few hours. My second musical phase involves none other than The Great Gatsby’s soundtrack. It is beautiful in so many ways, and has quickly made its way to the top of my “Most Played” list on iTunes. Just in case you have not heard it, I will provide you with a thoughtful review of the album, song by song, written in haiku form.

1. “Bang Bang” – will.i.am
Did they have auto
Tune in the 1920’s?
Awks for will.i.am
2. “A Little Party Never Killed Nobody (All We Got)” – Fergie, Q-Tip & GoonRock
A warehouse rave and
Moulin Rouge give birth to
Fergalicious song.
3. “Young And Beautiful” – Lana Del Rey
Makes me cry every
Time I hear it because I
Think that I’m Daisy
4. “Love Is the Drug” – Bryan Ferry with The Bryan Ferry Orchestra
Bryan Ferry, who
Are you and what is this
song. I don’t get it.
5. “Over the Love” – Florence & The Machine
Perf for the album
Makes sense in context of the
Movie, finally
6. “Where The Wind Blows” – Coco O. of Quadron
This makes me forget
That I have OCD and
I feel down to chill.
7. “Crazy in Love” – Emeli Sandé and The Bryan Ferry Orchestra
I think that when I
Sing along I sound just like
I am Sasha Fierce
8. “Together” – The xx
If you are a crack
Head then you will enjoy
This song. LOL
9. “Hearts a Mess” – Gotye
Very eerie but
Like a good song you know what
I’m talking about?
10. “Love Is Blindness” – Jack White
This song will play in
The background when I’m giving
Birth in my movie
11. “Into the Past” – Nero
Weird breathing at start
Better suited for Twilight
Or a porno flick
12. “Kill and Run” – Sia
Sia thinks she is
Adele in this song but it’s
OK I like it