← On Attraction
On Change →

Flavor of the Week: Kale

Sometimes, people are so desperate for trendiness that they’ll turn something as mundane as a vegetable and make it a “thing.” Well, my friends, this is what happened to kale. Kale used to be a nobody, sitting lonely on gourmet supermarket shelves, only purchased by the small Chinese grandfather who knew the magical powers of this leafy green from his ancestors and his small dragon friend/spirit guardian, Mushu. 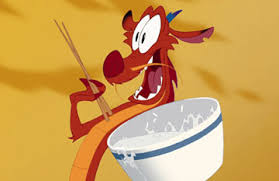 Mushu is psyched about kale.

Once, someone who is either a really ano Jewish girl or the Hollywood trainer Harley Pasternak (who bears no relation to me whatsoever) discovered kale from the rich soil of our earth. And, upon realizing its great qualities–hello, negative calories–turned kale into a staple of the skinny. Not only is kale both an edible and a drinkable, shout out to green juice, but it is also a way of life.

I decided to google “quotes about kale” to see if I could find something spunky to include. Instead of finding a few interesting quotes, I found a lot of psychos that are literally obsessed with kale. Like, I cannot even. Psychos.

I stumbled upon this charm: a blog called “365 Days of Kale: Where Kale is More Than Decoration on My Plate!” My first reaction? What the literal…

This is my favorite post on 365 because it contains a photo of Ryan Gosling holding a head of kale.

Obviously, this woman got her kale confused with her kush.

During my research, I found this in breaking news on ecorazzi.com: “The Green Quote: Vegan Singer Alanis Morissette Is Obsessed With Kale.” Really? No effin way?!?!?! Send that shiz to CNN stat. I’m sure you’re dying to find out what Alanis Morissette has to say about kale–“It’s like rain on your wedding day.” JK LOLZ, kale is ironic, but more in the trendy way than in the 90’s pop way (you will only understand this if you know Alanis Morrisette’s hits like any good Canadian lesbian would). But she actually did say this: “Kale is my best friend.” Cute.

Kale is like one of those things that people love to talk about because they want everyone to know how obsessed they are with kale. Once, I was with someone who wasn’t particularly in good shape and she was eating steamed kale. She could not stop gushing to be about how obsessed she was with it. It’s like great, good for you, you love kale. But I’m pretty sure that she thought talking about something like kale so much would make her lose weight, and it really didn’t.

I would not be surprised if somewhere in a white loft office space in LA a bunch of really skinny beautiful people who go to Soul Cycle a lot are conjuring up kale fro-yo. Just wait. Seriously.

2 Comments on “Flavor of the Week: Kale”