On the Importance of Intelligent Boyfriends

Last week at lunch with a friend, I was discussing the nitty, gritty details of the status of my current love life. When you talk about boys with a friend, the conversation can always be sure to lead in many different directions–what we like about them, what we don’t, who they are, who we wish they would be. This last clause got me thinking about the minor qualities boys have that make them come up a little short (pun somewhat intended).

Each girl has, in her mind, a specific list of what she likes about boys in a particular order. First, the list is catalogued by category. For example, first could be height, second attractiveness, third quality of humor. But then, she will within each category have another ordered list of preference. If the most important quality to her is height, then she will either prefer shorter guys or prefer taller guys. This list will appear in a different order in everyone’s mind. So while two girls may both prefer taller guys, the importance of height in general could be absolutely key to one and totally irrelevant to the other. I really hope you’re hearing me here. I’m aware of how ridiculous I may sound.

The one category out of the many existing (there are hundreds, of course) that my friend and I discussed over seared tuna salads was intelligence. Recently, a close, and very smart, male friend of mine told me that he always imagined me “ending up with someone very intelligent.” Because of the circumstances in which he divulged this intriguing comment (sitting outside of a fairly large party, surrounded by a group of people loudly socializing with red solo cups), I didn’t take it to much heart upon its release from his mind into the real world. A few weeks later, however, I found that I couldn’t stop thinking about that comment. What does it say about me that he thinks I should be with someone of high intellectual ability? What does it say about what he thinks of me? And, most importantly, how crucial should it be that we have smart boyfriends?

I feel like this could go all the way back to the early 1900s in the era of Elizabeth Cady Stantons and Susan B. Anthonys. If we truly believe that, modernly, there is no need to conform to traditional gender roles within male-female relationships, then I wouldn’t even have this question. Technically, it shouldn’t matter if my boyfriend was smarter than or was as smart as me because it would be absolutely fabulous if I, being the female, was the breadwinner while my trophy husband stayed home and compared strollers with the Irish au pair next door. I often consider myself to be a pseudo-feminist that appreciates a relationship of reversed roles. However, when I found myself seriously questioning exactly how smart any boyfriend of mine should be, I realized that the traditional “couple” stereotype still, naturally, exists. At lunch, my friend and I both admitted it–we want smart husbands. Sorry, Elizabeth. 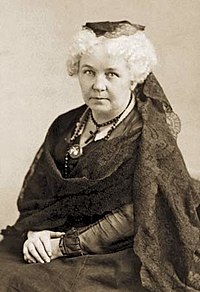 After our discussion of my guy friend’s comment at the party, and our admittance that we are not as feminist as we once thought we were, I put the big question out there… should it bother me if I’m ever smarter than someone I’m with? I automatically  backtracked to every boy I had ever liked (whether the feeling was mutual or was not) and thought about just how smart he was. Her response was quick, and, in my opinion, wildly brilliant: “Well, now you’re asking something bigger,” she said. “How do you define ‘smart?’”

Men, as confusing and complex as they are, can be smart in many different ways. Some babes may be impressed when their guy can speak about football for three hours minimum. I’m not this type of girl. I’m much more impressed when I have a male friend over who is able to survive a philosophical, intellectually-stimulating conversation without sounding stupid. It is not hard to keep a conversation going when you’re talking to a lot of Jewish people; it is difficult, however, to sound like you have an interesting/intelligent opinion every time you open your mouth.

I think that I consider someone “smart” to be someone who is not only good at participating in discussions about current events, societal theories, whatever is “in style,” and historical happenings but, in addition, enjoys these conversations. Then again, I also am interested in having a boyfriend that is willing to go shopping with me and will not make me feel fat when he takes me for fro-yo but then doesn’t get any himself. That is rude, obviously. I think smartness can be measured in a multitude of ways. What it comes down to, I believe, is how he handles a relationship. This can possibly gauge more light on his level of intelligence than anything else. Lying is dumb (it never works in your favor, buddy), ignoring me is dumb (if you feel the need to ignore someone, you shouldn’t be dating her), and taking someone else’s side is dumb (you don’t always have to agree in a relationship, but you always have to be a team). I hope I don’t sound too high maintenance. I don’t sound too high maintenance, right?

So, boys, as the female race, this is all we’re looking for. It’s not too much to ask. Really.

One Comment on “On the Importance of Intelligent Boyfriends”